"Grab On and Hold Tight!" 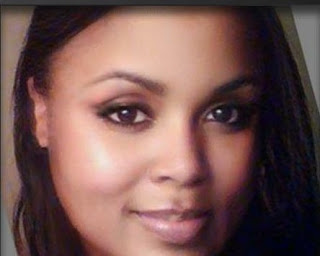 We are often told to let go and let God when it comes to things of our faith, and situations that we have no control over. To let go and let God do what only He can do.  We are not often told, however, to grab on and hold tight to the promises and the visions that God has given us. This, too, is a part of having faith.
I pray today’s Reflections brings comfort and peace to your heart and mind. I decree it be a continued source of encouragement and inspiration.  Beloveds, whatever dreams and visions you have; whatever God has spoken to you, grab on and hold tight! Do not let go of the visions, plans or promises. Trust God to bring them all to fruition.
We must be tenacious in our faith. We must be tenacious when it comes to the promises of God and the dreams and visions we are diligently working towards.  Some of us give up too soon. We are often so close to the manifestations of the promises and the dreams and visions, but allow fear and weariness to persuade us to walk away. Don't do it. Do not let go after all of this time. Grab on and hold tight.
Yes. Life's journey will throw us some serious curve balls. We will have some setbacks and delays while we work and wait for the visions and promises to be fulfilled. But that is life. It is not always easy, but well worth living.
I promise you Beloved, on the other side of the waiting, working, trials, and tribulations is a sweetness of life waiting just for you. There may be other tests. Other waiting times for new visions and dreams. But the reward for being tenacious and diligent far exceeds your expectations.
My Beloveds, may the spirit of peace and prosperity find permanent rest in your lives. I decree that every good thing that God has ordained for your life will become evident to you.  Grab on and hold tight to the Father; to His promises; to your visions. Be like Joshua and Caleb who believed what God had spoken and wouldn't allow the obstacles and giants before them to defeat their belief in the promises of God. You are blessed. Now go…and be a blessing.
©2020. Ruthe McDonald. All Rights Reserved.
Posted by Ruthe McDonald at 3:48 AM

What Love Teaches Me

Ruthe McDonald
I spend my time between New York and PA. But my heart resides in Martha's Vineyard!