It is time to wake up. Wake up to the truth, to the light of God that shines brightly, making wrongs right, bringing justice, and recompense for all that has been done and said. We have slept long enough; ignoring the truth of God. The hour is here, where we must choose. Do we believe God and His word? Or, do we ignore Him and remain sleep while devastation takes place all around? Once God has spoken a word, declared a thing, there is no changing it. Once He has awakened you to the truth, there is no going back—no matter how hard you try.
I decree that this week’s Reflections will be a continued source of encouragement and inspiration for your heart mind and soul. Be conscious of what God has spoken to your hearts and is speaking to your soul. The Father is in communication with His children, preparing them for what is coming next. We cannot afford to remain asleep at this hour, nor ignore all that God has revealed and is revealing. We must take our place, put on the armor, and go forward doing as God instructs.
I do not know what you may have been experiencing lately in your personal life but I do know that what we see in the world around us is a reflection of what is going on in the hearts and minds of the people. God is opening eyes and ears to the truth all around them. He is exposing the heart of man, buried secrets, and things swept under the rug. We have been tripping over that rug for a long time now, and it is time to clear up and clean everything else that God says to release.
We cannot receive the goodness and fullness of God in our lives if one: we have too much clutter to receive anything new. Two: we remain asleep to the voice and move of God. Lastly, three: we cannot see ourselves as God does, nor the love He holds for each of us. It is time, Beloveds, to wake up, smell the proverbial coffee, and begin walking in God’s truth and not the fabrications that people with agendas call the truth.
Ephesians 5:13-15 (ESV) But when anything is exposed by the light, it becomes visible, for anything that becomes visible is light. Therefore it says, “Awake, O sleeper, and arise from the dead, and Christ will shine on you.” Look carefully then how you walk, not as unwise but as wise.
God is shining the light on our hearts, our thoughts, our deeds, and calling us to wake up from the slumber that sin has caused. Wake up from the dead places that we have allowed ourselves to be in because of deferred dreams and hope. Because of disappointments and fallouts with loved ones and people in the body of faith. It is time to be resurrected from those dead places in our lives that have caused us to draw away from God and His will for our lives. It is time to walk in the wisdom that God has placed in us and separate ourselves from those who are not walking accordingly.
We are at a critical time in this earth. The sign of the times is all around us. We will miss the signs of God, however, if we remain asleep, or ignore the voice of God when He tells us to repent and to change our ways; to walk and live in faith, being obedient to His will. We must stand up for what is right, not compromising, or changing the word of God to suit our own agendas.
Isaiah 48:6 “You have heard; now see all this; and will you not declare it? From this time forth I announce to you new things, hidden things that you have not known.
Beloved, God is doing a new thing. He desires to bring forth new things in our lives. We must wake up! Wake up from our long sleep. The sleep of ignorance, the sleep of laziness, the sleep of hypocrisy, the sleep of lying, the sleep of buried secrets, the sleep of hurt, the sleep of pain, the sleep of cover-ups. The sleep of all things against who God is and righteousness.
When I yielded; surrendered everything thing to God and trusted Him where I could not trace Him, my heart was set free and then one day I woke up, and everything was brand new. I could see more clearly; hear more intently, and there was no going back. I now knew—with no doubt—just how much God loves me and has protected me. I had finally awakened.
Beloveds, may the spirit of peace and prosperity finds permanent rest in your lives. I decree that every good thing that God has ordained for your life will become evident to you. When you allow God to wake you to the truth, His truth, then you will see the new and hidden things that He has had for you all along. You will understand every trial, test, and set back. Then you will see yourself as God sees you, and all will be new to you, and your heart will be set to move forward in the truth and love of our heavenly Father. You are blessed. Now go…and be a blessing!
©2018. Ruthe McDonald. All Rights Reserved.

Posted by Ruthe McDonald at 9:05 AM No comments:

"Falling into the Arms of God"

In our lifetime, we will fall for many things: people, words, things, etcetera. We will fall into diverse situations, sometimes not even knowing how we got there. Other times knowing exactly how but too ashamed to confess it, so we stay in that situation while our soul and heart become harden. It's time for us to fall into the arms of God. To, fall in love with God.
I decree that this week’s Reflections will be a continued source of encouragement and inspiration for your heart mind and soul. May you allow our Heavenly Father to pour into you, to give you what you have been searching for all along but did not know how to find.
There is nothing in this earth that can outdo the protective and healing arms of God. There is no condemnation. There is no pain. There is no looking over your shoulder. There are no lies. Though there is the truth that may sting and hurt a bit; there is no harm. There are no false or duplicitous words, or backward comments said as compliments but meant as an insult.
In the arms of God, there is healing and unconditional love. Many of us cannot see this or understand this, because we have listened too long to the lies and whispers of the enemy. For so long, so many have been searching to fill a void, an emptiness in their hearts with temporal things. At first, they feel full, satiated, and complete. Then after a while, a feeling of emptiness and longing starts to stir up once again. They’re soon looking to someone or something else to fill that emptiness, only to repeat the painful cycle.
The whole time, while seeking and searching high and low to fill that void, to appease that ache, God is there. He is there waiting to receive us into the shelter of His arms. He calls to us. He reaches for us. However, all too often, we reject God. We reject His hands and His love. But the enemy will have us to believe that God has rejected us.
Allow me to say this to your soul and spirit before continuing forth. Just because you may not have received an answer to your prayer in the way in which you were expecting, does not mean that God has rejected you. Just because you have prayed for something and it did not come to pass does not mean that God has rejected you. Just because you received a no, for now, does not mean that God has rejected you. God has not rejected or abandoned you. And no right now, does not mean it will always be a no.
Beloveds, allow this to ruminate in your heart and mind: Sometimes God has something far greater than you could ever imagine for yourself, and He does things in His way and His time, but it is always for your good. God cannot lie. He will keep His promise to you, and give you that expected end that is filled with grace, mercy, love, and joy.
There are many of that have placed our trust and belief in others and things and have been sorely disappointed over and over again. It has, for many, jaded them when it comes to believing in someone. It has also caused some to place God on that same level as man.
God is not a man that He should lie, nor the son of man that He should repent. (Numbers 21:19) Rest assure; whatever God has spoken and promised to you, it will come to pass in the due season. We just have to make sure we are ready and have lived our life accordingly. Otherwise, we can find ourselves out of position to receive the manifestations of the blessings.
Beloveds, we have listened to the wrong people for far too long. We have put our trust and faith into people and things that have no idea who we are and what God has ordained for us. We have fallen for the lies of the enemy and believed what he has spoken concerning us and God. It's time to change the station and hear what God is saying to you today. Fall into the shelter and love of God's arms. Let Him love on you and restore you and strengthen you. What do you have to lose? Nothing but your past hurt and shame. But, you have so much to gain.
Beloveds, may the spirit of peace and prosperity finds permanent rest in your lives. I decree that every good thing that God has ordained for your life will become evident to you. Fall into the arms of God where there is always room for you. Fall into the shelter and safety of the arms that have been open for you since you entered this realm of time. Receive freely what Jesus has already paid for in full. Receive the comfort and peace that can only come from a Father who loves you, accepts you, and sees you just as you truly are. You are blessed. Now go…and be a blessing!
©2018. Ruthe McDonald. All Rights Reserved.

"The Wisdom of Being Quiet"

Reflections4Life™ September 16, 2018
“The Wisdom of Being Quiet”
“Better is a handful of quietness than two hands full of toil and a striving after wind.” Ecclesiastes 4:6
Scripture Contemplation: Job 34; Job 40; Proverbs 17; Ecclesiastes 7; James 4

"A Celebration of Your Life"

Reflections4Life™ September 9, 2018
“A Celebration of Your Life”
“Thanks be to God for his inexpressible gift!” 2 Corinthians 9:15
Scripture Contemplation: Deuteronomy 28; Luke 15; Romans 5; 6…

Posted by Ruthe McDonald at 8:10 AM No comments: 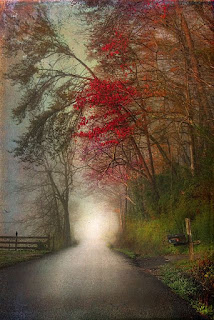 Posted by Ruthe McDonald at 7:05 AM No comments:

What Love Teaches Me

Ruthe McDonald
I spend my time between New York and PA. But my heart resides in Martha's Vineyard!